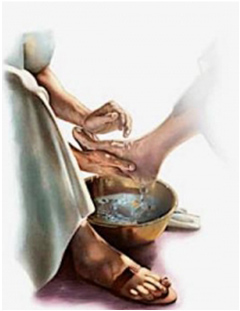 The Capuchin friars are one of the largest men’s Religious Orders in the Church, with about 10,500 friars in over 100 countries. We are officially called the Order of Friars Minor Capuchin: ‘Friars Minor’ meaning ‘Lesser Brothers’. We strive to live the Gospel as a fraternity of priests and brothers, praying together as a community, being a source of nourishment and strength for each other so as to go out and share God’s love with others. Our charism of minority inspires us to seek to be lesser in our relationships with others so as to serve God in the other and help build and foster relationships and communion. One of the beautiful things about the Capuchin Order at the moment is that since the Second Vatican Council there has been a lot of work and reflection to gain a deeper understanding of our Capuchin identity so as to be authentic and true to who we are called to be and hence bear fruit for the life of the Church and the world.

We strive to love and serve Christ with something of the desire and the burning love of our Seraphic Father Francis – ‘seraphic’ alluding to Francis’ fiery/burning love for Christ that led him to such a union with Jesus that for the last two years of his life he bore the sacred wounds of the stigmata.

As a sign of the way to this union, we profess vows of poverty, chastity and obedience in order to conform ourselves more closely to Christ who was poor, chaste and always obedient to His Father. These vows free us so as not to be so attached to our own will and selfishness – from which sin so often springs – or to possessions so as to be more free to love Christ and His Bride, the Church. 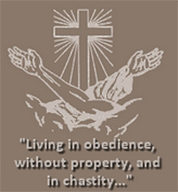 St Francis began a new way of religious life for the friars that was different to monks and to Orders founded to meet a specific apostolic need. Whilst monks were enclosed in a monastery, the friars’ cloister is the world – we are not enclosed. And whilst there are many Orders founded to do a specific kind of work, we were founded firstly to live the Gospel and then to express this concretely in a variety of different kinds of work, but with a special attentiveness towards the poor and marginalised – those who are considered of little value by our society. Traditionally, Capuchins have always been willing to take on those ministries and needs that no one else has wanted to do.

The Capuchins are a reform of the Franciscan movement, whose way of life was approved in 1528. The essence of the reform was to recapture the simplicity of the charism of Francis, with a focus on contemplative prayer, penance and smaller communities of between 3-12 friars. The Capuchin habit provides a witness to the world that the Church is visible, alive and active, and is a sign of our consecration to the Lord. It is brown in colour and – significantly for us – when we put on the habit each day it is a reminder to follow the Lord’s invitation to take up our cross everyday and follow Him – for if a friar stretches out his arms and puts the hood on, the habit forms the shape of the cross. In fact, we are called ‘Capuchins’ because of the long hood (capuche) of the habit – hence it is a nickname that has stuck. But, I guess, more people are familiar with the ‘cappuccino’ coffee that was named after us.

We follow the Rule of St Francis according to the Capuchin Constitutions that help us live the charism of St Francis in our own time and context. 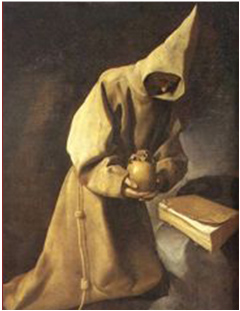