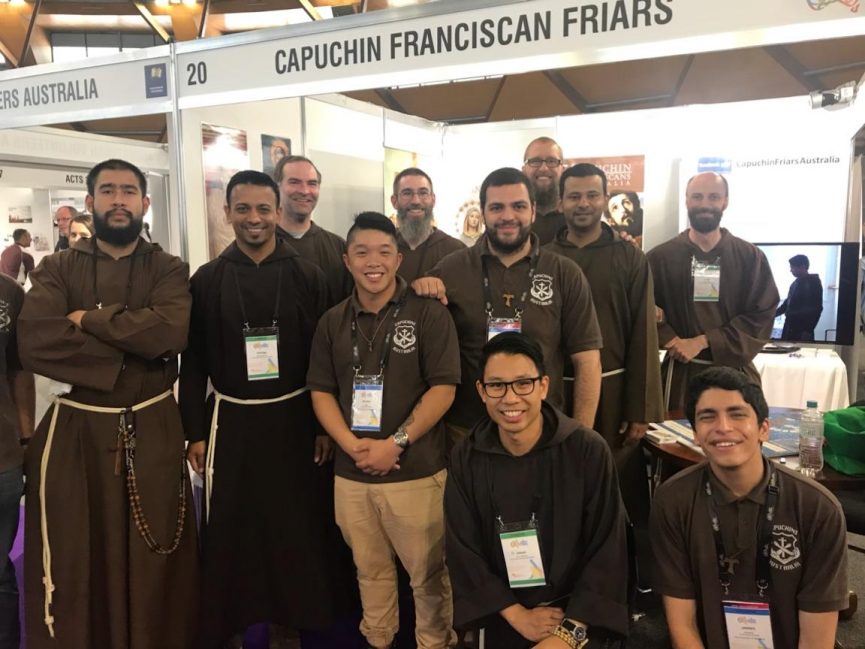 The Capuchin Friars joined about 20,000 young Catholics from all around Australia who gathered in Sydney for the 2017 Australian Catholic Youth Festival from 7th-9th December 2017. The theme for the Festival was “Open new horizons for spreading joy: Young people, faith and vocational discernment”. The massive event was a celebration of the Catholic faith and involved Plenary Session rallies, inspiring talks, praise and music, Mass and reconciliation, an Expo arena, workshops, as well as a concluding pilgrimage to the Final Mass in the Domain. 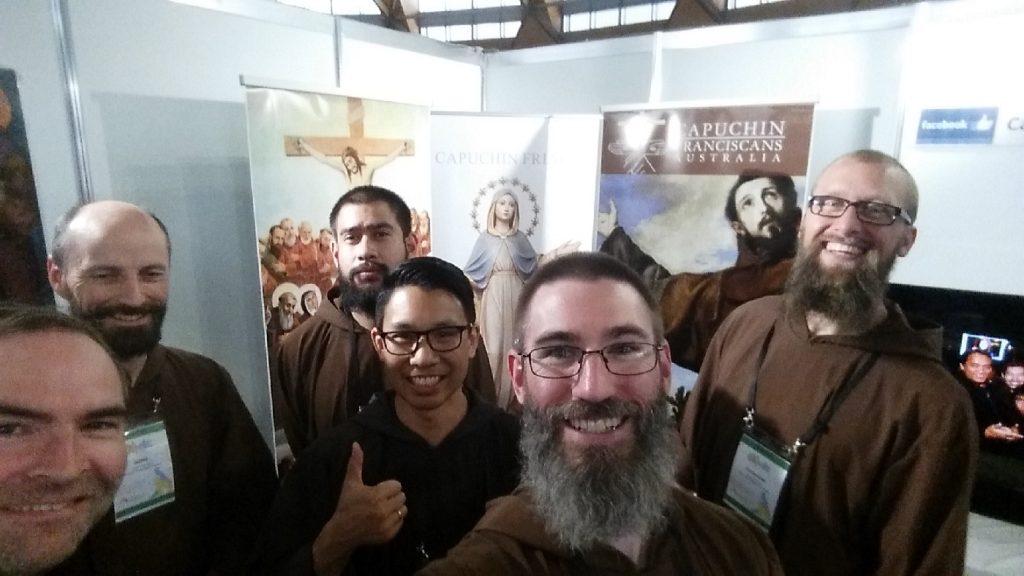 The Capuchins were pleased to have a very strong presence with about 14 in attendance (including friars and postulants – that’s lots of brown!). The friars contributed through having an Expo stall where they could share the Capuchin charism and our mission in the Church with young people; by giving a couple of talks and interviews; by being available for the Sacraments; and by accompanying young people who made the journey to the festival from our Capuchin presences. 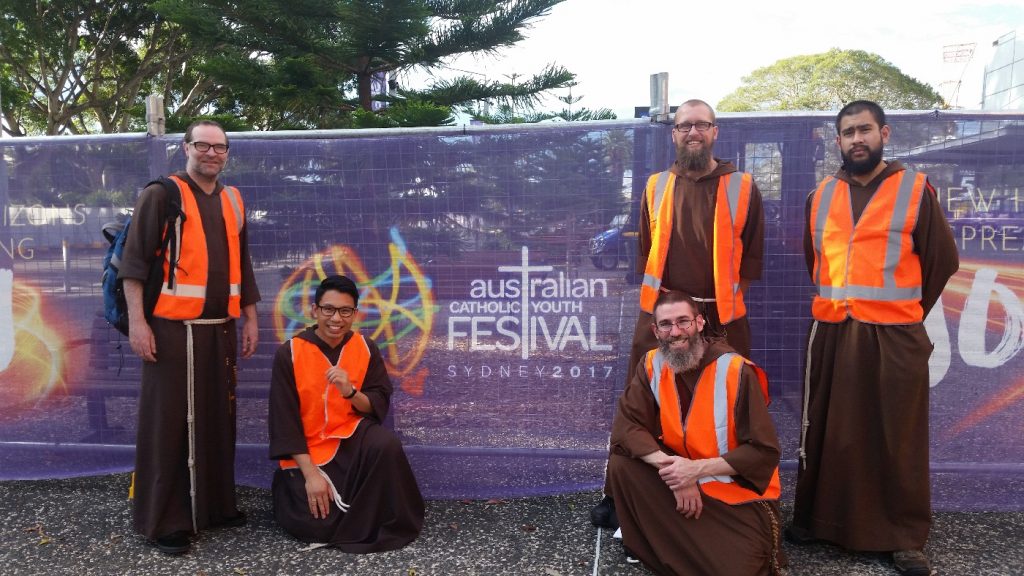 A little highlight clip from the Festival is below. Let us keep all these young people in our prayers as they enter into the 2018 Year of Youth – a special year dedicated to supporting young people in the Church in Australia, on the 10th anniversary of the 2008 World Youth Day in Sydney.

Speaking on “The Joy of St Francis of Assisi”