After completing their year of Novitiate in California, Australian brothers Christopher Maher and Matthew Timonera arrived back in Australia and made their first profession of vows. The Mass took place on Wednesday evening, 13th July 2016 at St Fiacre’s Church, Leichhardt. Capuchin friars from several fraternities were represented. Present were also family members and friends of the newly professed, as well as young people from the Capuchin Young Adults and the Sacred Heart choir from Cabramatta.

Fr Gary Devery, the Capuchin Provincial Minister, received their vows in which they promised to live in chastity, without anything of their own, and in obedience for three years. The profession is their consecration to God as a Capuchin friar, following Christ in the way of St Francis of Assisi.

Br Christopher and Br Matthew entered the Order in August 2014 when they began the Postulancy Program in Brisbane. In May 2015 they went to the USA to complete their canonical Novitiate year and now, having professed their Temporary Vows, go to Melbourne to begin their Post-Novitiate Formation. This next stage focuses on deepening their understanding of the Capuchin charism and various ministries to the poor and marginalised. By early next year they will begin some formal philosophical and theological study.

Please keep these brothers in your prayers, and continue to pray for more vocations to the Capuchin way of life and to the Church! 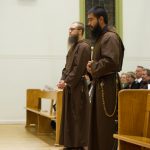 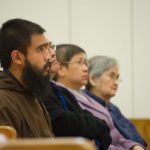 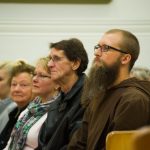 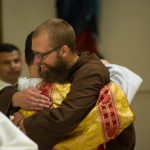 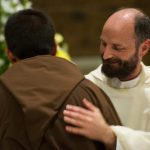 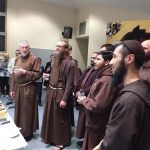