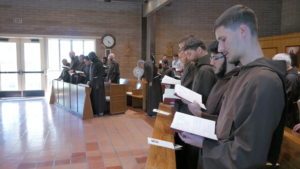 In August last year, Br Daniel departed his family home and moved to Assumption Friary, Dutton Park in Brisbane to begin his postulancy. The postulancy is period of around 10 months in which the Capuchin life is experienced: regular community prayer, service to the poor, disadvantaged and socially challenged, manual labour around the friary, fraternal time together at meals and other periods of the day, and studying the Catholic faith at greater depth and the Franciscan tradition. 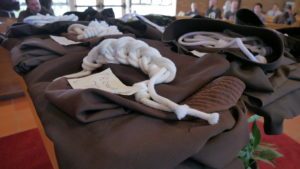 Capuchin habits prepared for the novices 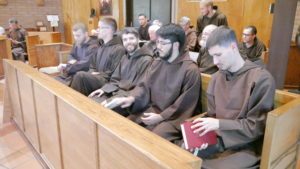 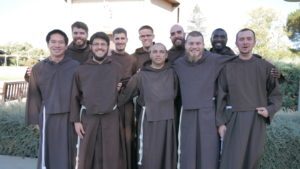 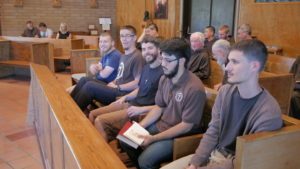