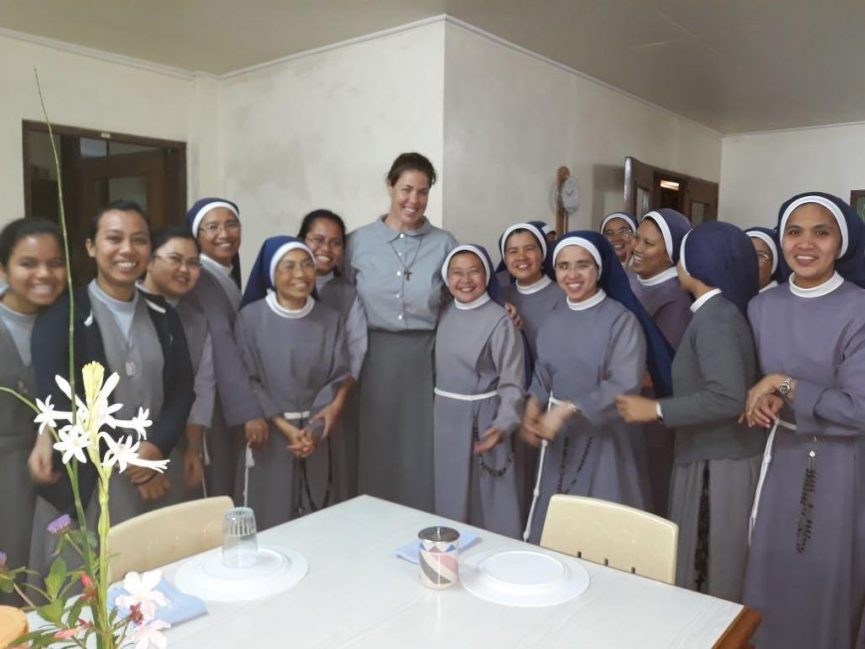 In 2017 the Franciscan Immaculatine Sisters – who share a similar charism to the Capuchin Friars, and who work closely with our friars in Brisbane – received two postulants (two young women who took a step of further discernment of their vocations by living with the sisters in community in a formation program). The Postulancy program is in Brisbane. One of those young women, Bernadette Sullivan, has continued through to the next stage of her discernment and is now in the Philippines preparing to enter the Novitiate. Bernadette had previously spent four years as a Lay Capuchin missionary working with our friars in Timor Leste. We wish her all the very best as she continues her discernment of the Franciscan Immaculatine vocation. She has kindly shared her vocation story thus far and it is printed here below.

Any young women who would like to find out more about the Franciscan Immaculatine Sisters are invited to contact Sister Salvacion at immaculatine24@yahoo.com.au 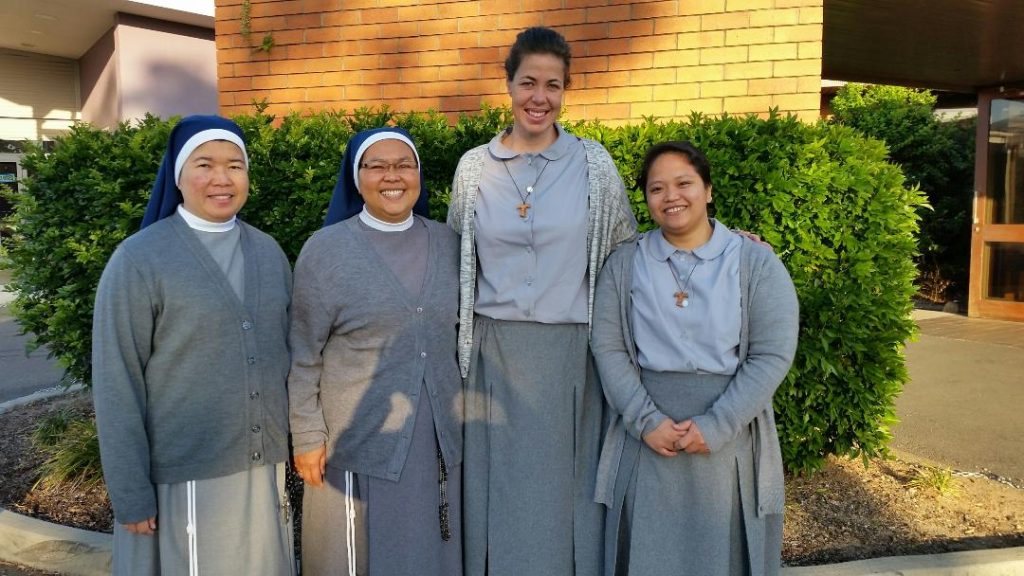 Whenever I give my full name the most common response is: “Well you’d have to be Irish Catholic” and I have the brothers Joseph, Patrick, and Liam to reinforce the fact. So a childhood that revolved around family prayers during the ad breaks of Hey Hey It’s Saturday or Gladiator and included Friday evening trips to confession (and the reward of fish and chips afterwards) is hardly surprising. But at some point we need to stop supporting the family football team just because Dad tells us to (and because he’s made it clear that if we switch our allegiance from Carlton we won’t have a place under his roof anymore) and start supporting Carlton for Carlton’s sake. Likewise, the faith that our parents pass on to us has to become our own.

For me that point came upon moving to Melbourne for university. God conspired that I should live at a student residence run by the Baptist Church so that I could be challenged about why Catholics worship Mary, and do we really believe that Jesus is actually present in the Blessed Sacrament? What followed was a journey of discovery to defend, and deepen my own understanding of, what I knew already to be the Truth.

After World Youth Day, God took care of things as He always seems to do. As a result of World Youth Day I was able to find faithful Catholic friends, was introduced to weekly Holy Hour at the cathedral and discovered that the shrine around the corner was entrusted to the Capuchins in whom I found an example of religious life lived faithfully and in simplicity. So life continued with ever deepening involvement in the Church and ever deepening faith, but no real action on my part regarding the scribbled note in the World Youth Day program.

God led to me to a job in a hospital that was so Catholic that it even had crucifixes in the operating theatres. He never gave me the opportunity to stray from Him and in 2013 He gave me the occasion to take a giant leap towards Him. I became a Lay Capuchin Missionary in Timor Leste. I took three months leave from my amazing job…. and four years later found myself still living in a small village in rural Timor Leste. 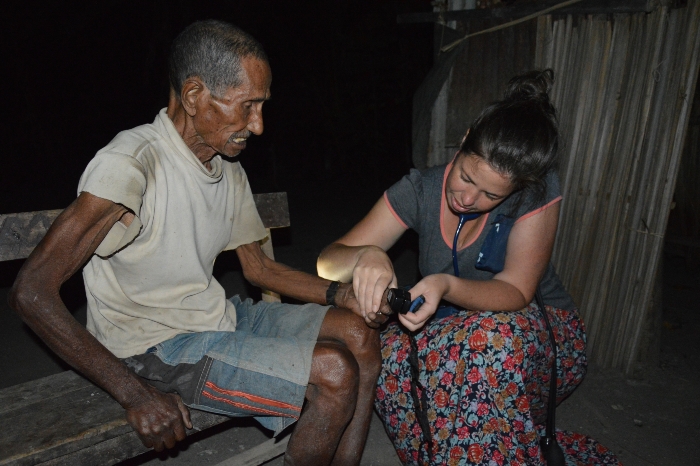 “Jesus walks with him, speaks to him, breathes with him, works with him. He senses Jesus alive with him in the midst of the missionary enterprise” Evangelii Gaudium, 266 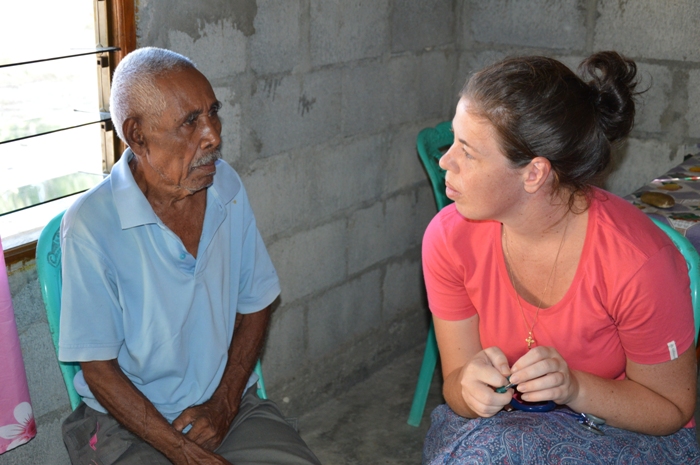 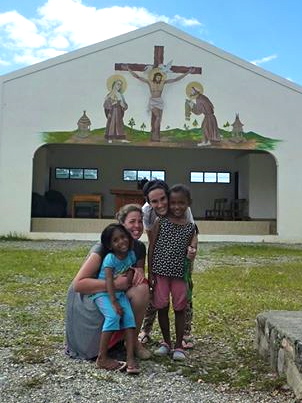 In the mission we lived and prayed in community, living for one another and for the people God gifted us with in order to serve. The example of the other missionaries and Capuchin Friars as they gave great witness to the love of God struck me immensely. They entered into the suffering and joys of the people and exerted supernatural efforts in their love and service. At the same time the Spirit was working away silently within my heart.

In the mission we were given too many blessings to count. God always surpasses all of our expectations. The most amazing thing is that the Lord used us to make Himself visible to the people of the village: in gathering the children for catechesis under the tree, where they would reply in chorus “Tanba Maromak hadomi ha’u!” i.e. “Because God loves me!”; murmuring Ave Marias to Donna Josephina as she lay dying alone in her tiny hut made of bamboo; treating desperately ill children and reassuring their worried mothers; sharing in the joy of births; and the celebration of the sacraments; were all times that Christ was present in a tangible way. 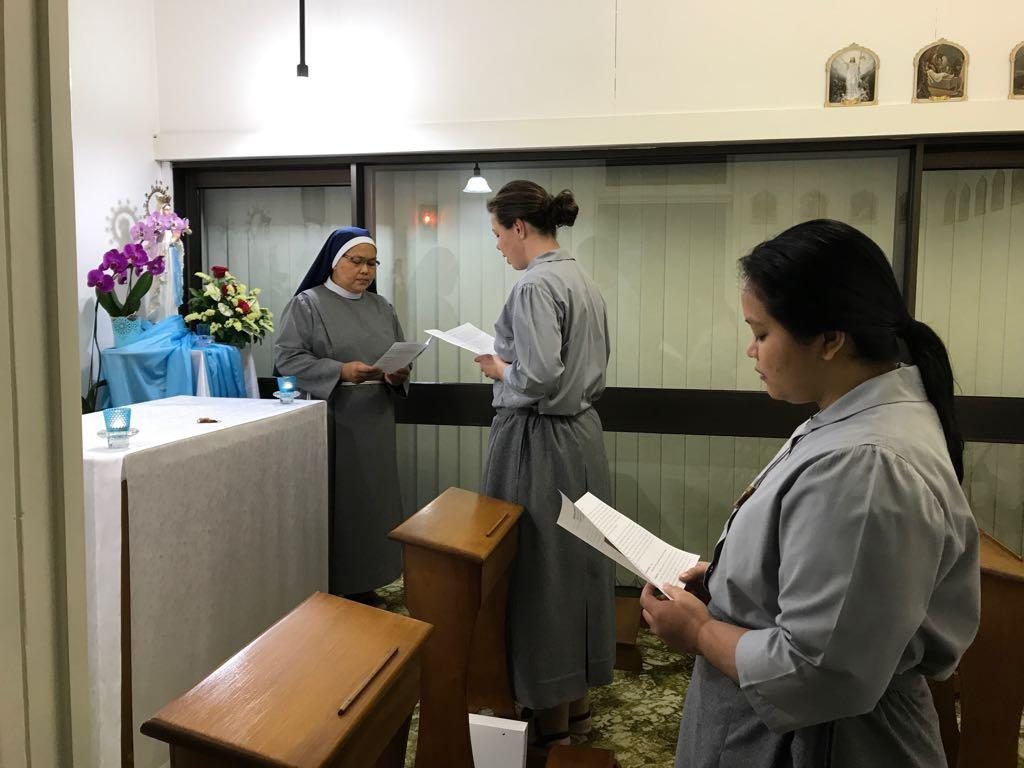 And through all of this my thought was, “How can I repay the wonders of these experiences, why are they given to me?”. The obvious answer is that I can’t repay them and never will be able to. So I lived, and continue to live, in the wonder and awe of having received them and feebly attempt to give my entire self, not as repayment, but in response to the fact that for me there is only God. 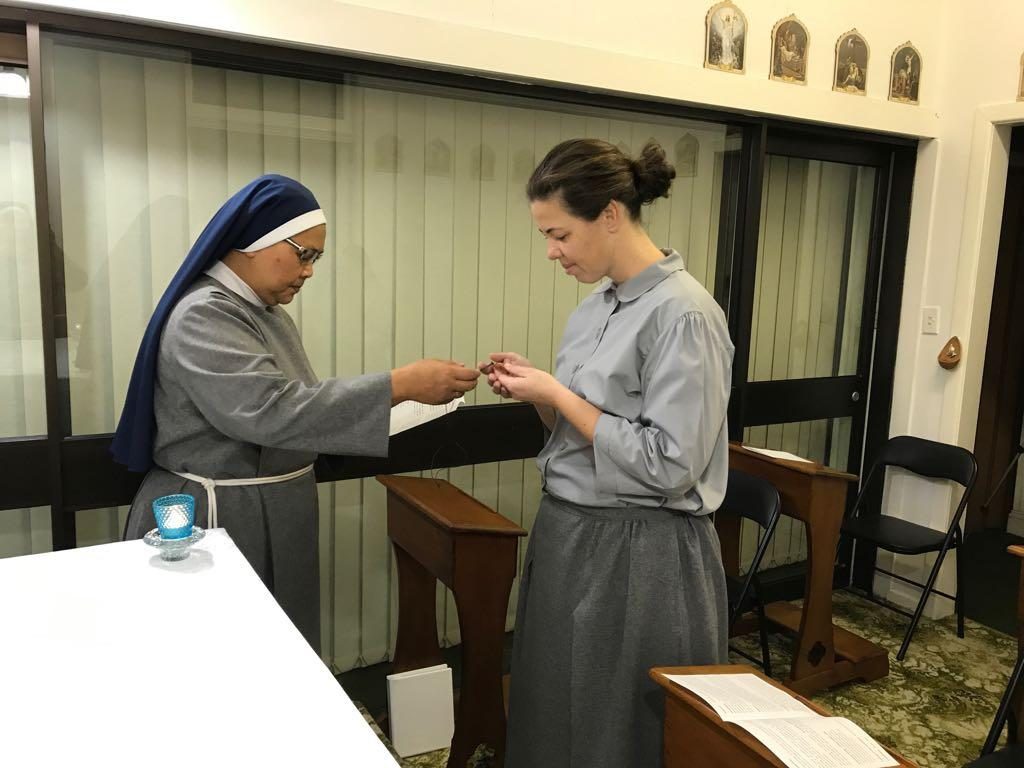 For too many years I questioned God: “Are you sure you’ve got the right person, because I think you meant this for someone holier than me?”! I cannot stress enough how “unholy” I am. In the family prayers I spoke of earlier, I was the one flying through the Hail Marys at record pace so we could turn the TV on again. The highlight of a trip to a vocations expo when I was a teenager was the free merchandise and sitting next to the boy I liked on the bus. So it’s no surprise that my application to the Franciscan Immaculatine Sisters sat in my email drafts folder for months. I knew that hitting send would mean walking away from life in the mission where I felt that God was still using me for His plan. Finally I realised that giving up this very good thing as an act born out of love was precisely what was required. 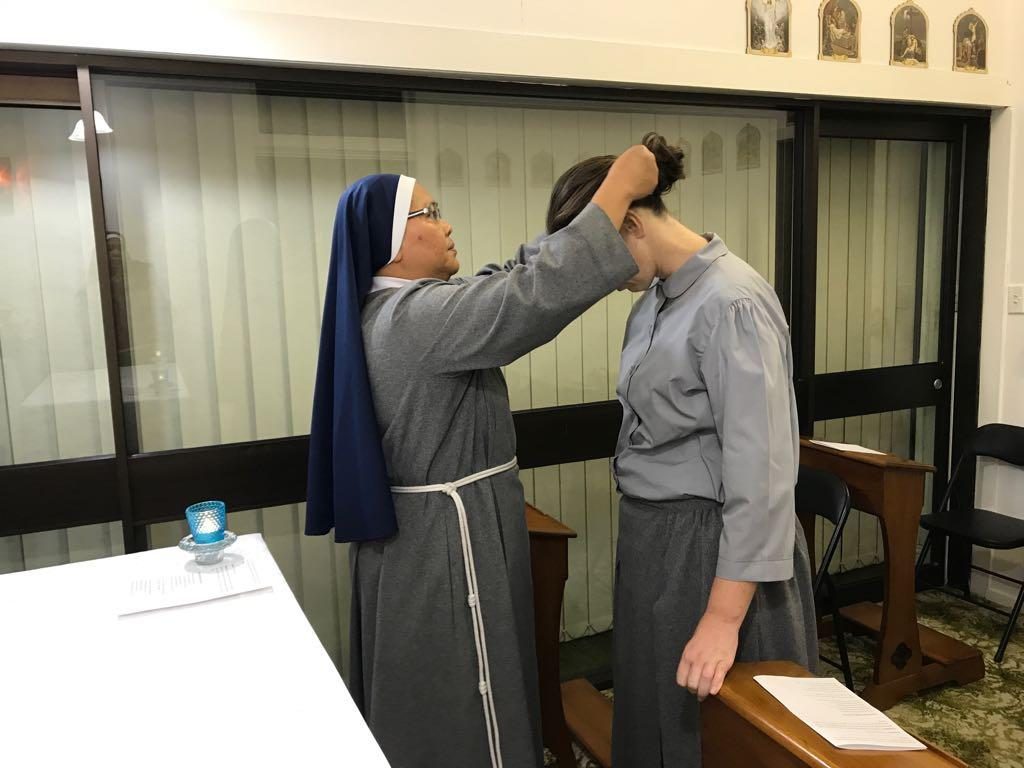 And so I find myself in the Philippines, preparing, God willing, to enter novitiate. I will have no shortage of time to ask, “Are you sure it’s me you meant this for, God?” and I pray that I will find my answer in the deep peace I feel as I go about my day in the chapel and the cloister. 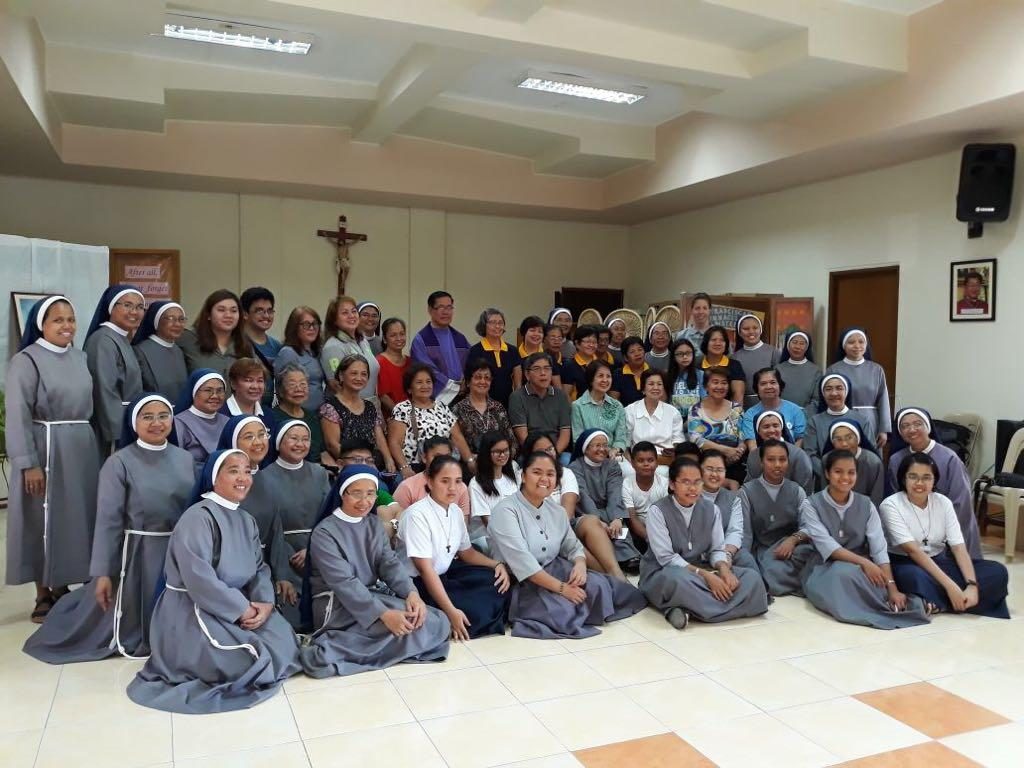 Please keep me in your prayers and pray that all those who feel the tug of the Lord will not be as obstinate as I was, and answer with courage and faith. 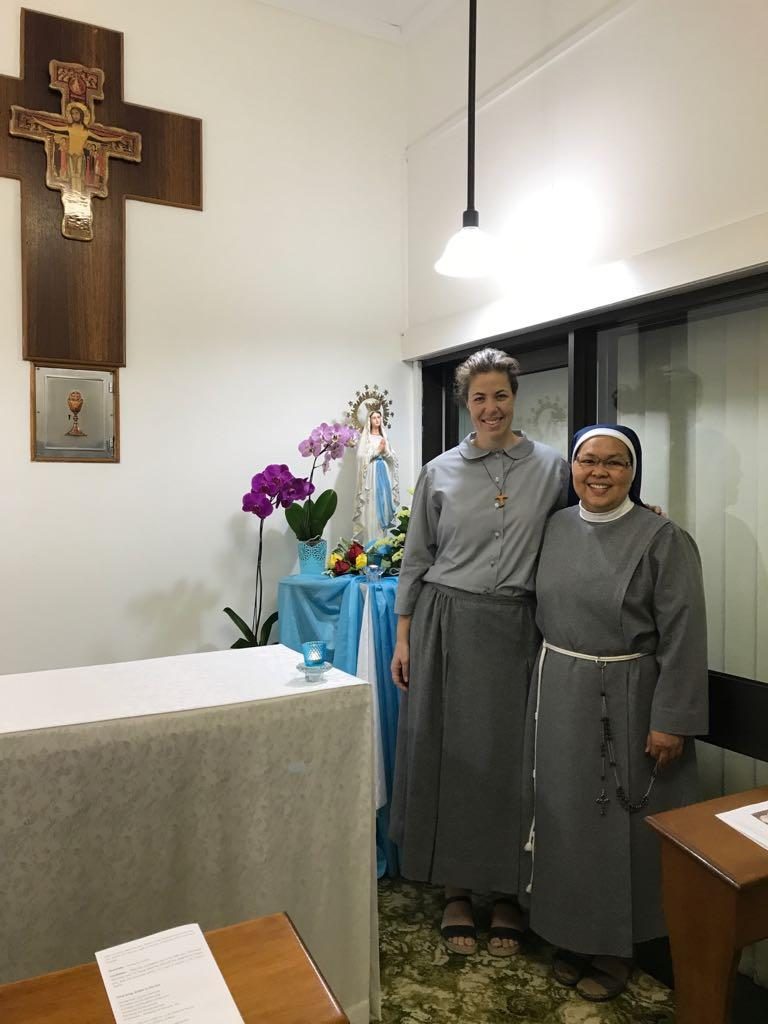