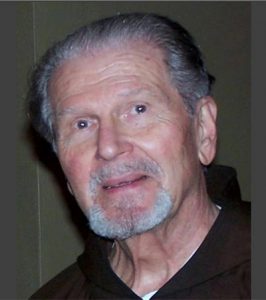 On Thursday, 19th January 2017, Sister Death welcomed our beloved Father Carmel Flora at the age of 91.

Born in New York in 1926, he was invested with the Capuchin habit in 1945, perpetually professed in 1949, and ordained a priest in 1953. He served in Australia from 1969 until 2012. During his 43 years in the Australian province, Fr Carmel served as novice director, provincial vicar and provincial minister. He retired back to the U.S. in 2012 at St. Fidelis Community in Appleton, Wisconsin.